To describe techniques for resection of a cornual heterotopic pregnancy.

To describe techniques for resection of a cornual heterotopic pregnancy.

Feasibility of a “purse-string” technique for the resection of a heterotopic cornual pregnancy.

Robotic-assisted laparoscopic resection of a cornual heterotopic pregnancy can be performed with minimal blood loss with the use of the “purse-string” technique in settings where vasopressin cannot be used for hemostasis. This technique includes the use of a 2-0 V-Loc suture in a circumferential fashion around the ectopic pregnancy, which allows for faster suturing and immediate tension at the myometrium. The same suture is then used to close the defect, which allows for a simpler and efficient closure with minimal entry into the myometrium.

In this video, we demonstrate the successful resection of cornual heterotopic pregnancy using a “purse-string” surgical technique. This technique allows for minimal blood loss in cases where additional techniques for hemostasis cannot be used, such as injection of vasopressin and uterine artery ligation.
Read the full text here.
Fertility and Sterility
Editorial Office, American Society for Reproductive Medicine
Follow 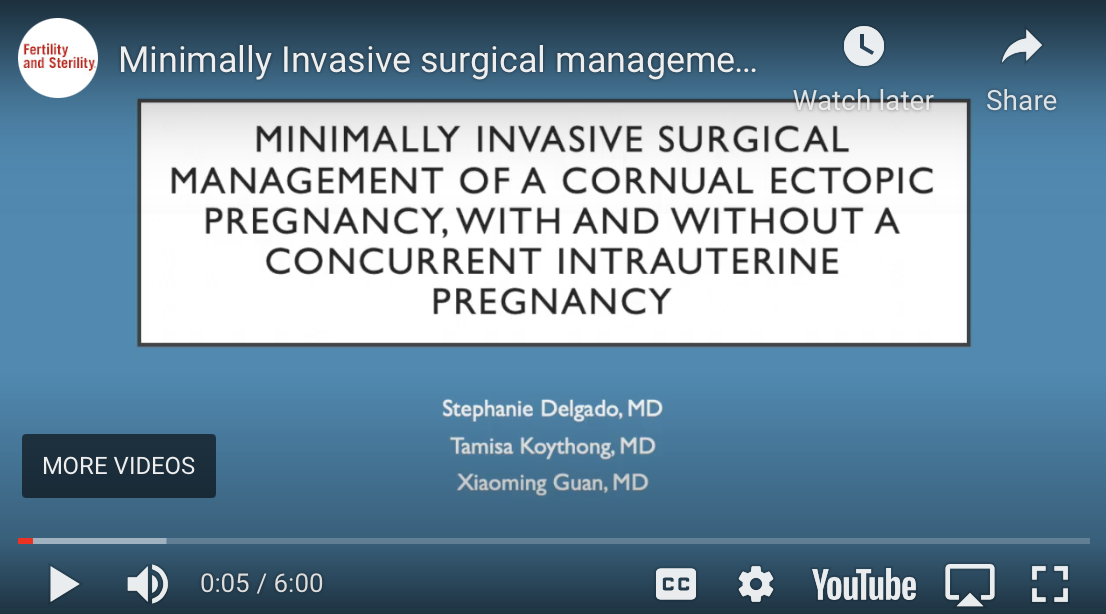 We demonstrate successful resection of cornual heterotopic pregnancy using a “purse-string” surgical technique that allows for minimal blood loss in cases where additional techniques for hemostasis cannot be used.